Christian Beckers passed away on August 24, 2009 after a long-lasting disease carried with lucidity and dignity. He was born on November 22, 1932. He obtained his M.D. diploma at the Catholic University of Louvain (Belgium) in 1956. He completed his medical formation with certificates in Internal Medicine (1960) and in Nuclear Medicine (1962). He added a Ph. D. titlle to his curriculum with the thesis « Hormonogenesis in endemic and sporadic goiters » with the late Prof. M. de Visscher as promotor (1962). He became full professor in 1974.

As clinical and research fellow at the Massachusetts General Hospital (Harvard Medical School) in Boston (1958-1959), he had as mentor J.B. Stanbury with whom he maintained over the years scientific and friendly exchanges.

In 1959-1960, he joined the study group on endemic goiter in Congo leaded by Prof. P. Bastenie and Prof. M. de Visscher.

His continuous interest in endemic goiter brought him to act as expert of WHO in South America (Chili, Venezuela) in 1963-1964 and later a.o. in Ecuador under the auspices of the Belgian Ministry of Development and Cooperation, and the Pan American health organization.

Besides these medical activities Christian Beckers was also a gifted manager. He was co-founder and first secretary of the ETA (1967-1972). With Prof. M. de Visscher he organized the first ETA meeting in 1967 in Louvain. He was co-founder and first chairman of the Belgian Thyroid Club (1991). He was head of the newly created Department of Nuclear Medicine at the St-Luc University Hospital and Senior staff member of the Department of Endocrinology and Nutrition. He was founder-member of the European Society of Nuclear Medicine and president-elect in 1974. 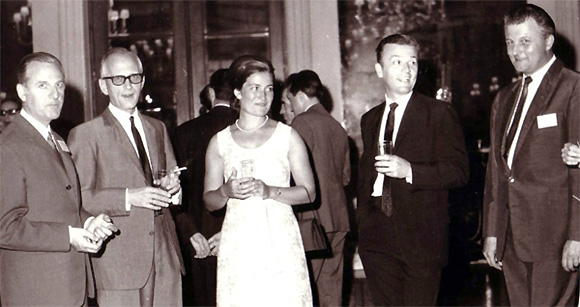 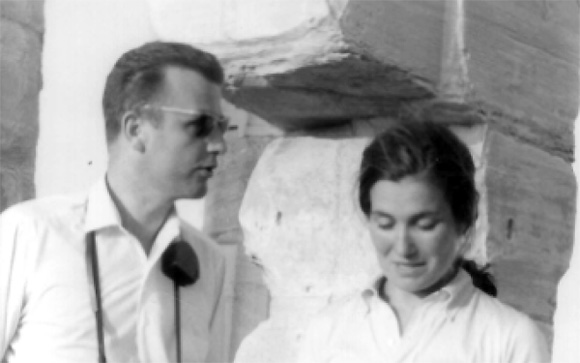 After his retirement Christian Beckers maintained close contacts with the ETA and set up the redaction of « Milestones in European Thyroidology (MET) » and the publication « Meetings and photo gallery (MPG) ». He was an honorary member of the ETA.

Christian Beckers was a dedicated physician, researcher and teacher, and encouraged trainees to their very best. He authored or co-authored more than 250 peer-reviewed international publications and chapters.

He is survived by his wife Marie-Claire, 5 children and 13 grandchildren.